Frenchman Cambridge Irrigation District (FCID) is responsible for delivering water to over 45,000 acres of land, across four canal systems that stretch a total of 156 miles.

The district consists of 400 water users. Adoption of autonomous canal control has allowed the district to precisely match supply to demand and retain more water in storage to provide greater certainty of supply.

Frenchman Cambridge Irrigation District (FCID) have upgraded their canal network to a precision on-demand supply system to better manage storage releases and improve river basin sustainability. By implementing Rubicon’s Total Channel Control™ (TCC™), the district is able to precisely manage storage releases. The savings resulting from this precise management of storage water provide significant crop yield benefits and enhance river basin sustainability. By precisely managing the release of storage water, more water can be retained in storage to provide greater certainty of supply during extended dry periods. And improved levels of service better position farmers to make precise irrigation management decisions, so that their crops receive the water they need, when they need it at the rate they need it. This allows additional crop yield per acre-foot of water applied.

Over the past decade, the Republican River’s storage reservoirs have not filled to adequate levels, resulting in the inability for the district to deliver consistent quantities of irrigation water to farmers. Irrigators have had to adjust by changing crops, fallowing plots, growing crops under stress and using supplemental wells where available. With an increasing focus on system operations efficiency, the district has focused on the importance of eliminating canal and farm spill, while at the same time improving service levels to farmers.

FCID has been investing in distribution infrastructure improvements since the early 1980s. The district began its efficiency improvements by converting its smaller lateral canals to 12” and 18” buried PVC pipe. Several points in the system were also fitted with SCADA to better monitor and control flows at specific locations. However, the manual operations of the system’s main canals meant that it was challenging to match supply with demand, and it also meant that farmers were required to irrigate in 24-hour blocks. This often meant that the water applied to crops could not be precisely matched to the soil moisture deficit.

To maximize the beneficial use of the water stored in the reservoirs, FCID invested Total Channel Control (TCC) to prevent water losses resulting from operational spills from the canal network that were occurring due to infrequent system flow adjustments as a result of manual system operations.

“Eliminating excess spill has improved our efficiency. By reducing the spills at the diversion dam and end of the canal, we can retain storage water in our reservoir for the next year. “

The District understood that by installing water-tight regulating gates at all structures in the supply network, the canals could be upgraded to operate as a coordinated series of distributed buffering storage that would provide precise on-demand flow to farmers.

Cambridge Canal was fitted with water-tight FlumeGates™ to capture and retain water for supply throughout the system and prevent operational spill. The automated flow control gates provide continuous flow measurement and control and are coordinated by network management software to precisely match supply with demand throughout the length of the canal network, 24/7.

A distributed control system utilizes the gates’ precise flow measurement information to continually update real-time flow setpoints for each check structure along the length of the canal so that the supplied flows match the downstream demand and unintended operational spill is eliminated.

Prior to the implementation of TCC, any drop in downstream demand would have resulted in wasted water in the form of spills at the diversion. Now, all water that is ordered at the reservoir is captured within the Cambridge Canal, with the software automatically raising pool levels to store any excess volume of water for future use.

The knowledge of the volume available within the canal allows precise flow rate orders to be lodged with the reservoir operators and provides confidence in knowing that only the necessary volumes of water are released from the reservoirs each day to fulfill farmers’ water requirements. 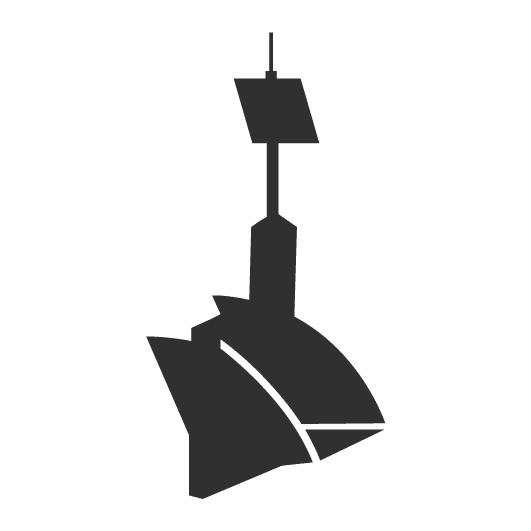 The project has enhanced the operation of the district’s storage reservoirs by providing real-time demand information which can be used to precisely set dam release flows to the exact value required to meet downstream demand. The buffering volume stored within the canal can be considered to fine-tune the dam release flows. This information allows operators to reduce drawdown and release of water which was previously passing through the system at unmanaged times and not providing maximal managed benefits.

Rubicon’s Total Channel Control has upgraded the canal network to a water-tight distributed storage system that precisely controls the delivery of water from the supply reservoir through to each farmer’s turnout. Water deliveries can be matched to farmers’ requirements, reducing over-supply and reserving more water in storage for use later in the growing season. At the same time, water levels at the turnouts are tightly managed throughout the irrigation season, improving service levels to farmers.

The automated gates ensure that FCID are only moving as much water as needed, when it is needed. This has reduced the spills at the diversion dam and end of the canal. Eliminating excess spill has improved the District’s conveyance efficiency. FCID can now retain more water in their reservoir for the next year.

Since the implementation of TCC, unintentional operational spills have been eliminated as indicated by the USBR wasteway data below. Based on the charts, losses for the 2016-2019 seasons averaged, 9.5 cfs, 6.3 cfs, 5.6 cfs and 8.8 cfs, respectively.

Following the activation of TCC in 2020, the average losses at the Cambridge Canal wasteway for the same period have been reduced to 0.3 cfs. This average loss can be attributed to runoff from a 0.75 inch rain event at the end of July. The runoff was safely passed through the system, as seen in the 2020 chart below.

The savings can now be delivered back to the farmers or retained at the reservoir for future use.
The TCC system has enhanced water sustainability in the Republican River basin by recovering unmanaged operational spill from the Cambridge Canal each year, retaining this water in surface storage reservoirs and allowing re-timed release to contribute to multiple water supply goals including enhanced groundwater recharge, stream augmentation, flood control, sustained crop production, preservation of wildlife habitat and assisting with interstate compact compliance.

“Automation and efficiency improvement are investments that all irrigation districts should look into, especially if they are in a water-short basin where the value of water is high.”